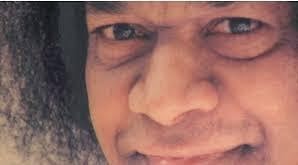 The root word in Sanskrit is ‘yuj’ which means to yoke – joining or uniting. Thus any methods, doings or even not-doings which lead one to a state of uniting spirit with mind and body, can be described as yogic, so long as one is surrendering both action/(non action) and any fruits obtained thereof to one’s creator/ higher purpose – as opposed to  simply seeking to obtain personal merit.
In acting this way, one removes oneself from the wheel of samsara (suffering) and it’s gears (karma) – and so ends the rounds of suffering and joy which co-exist.
This union may feel like a reunion or re-enlightenment as the aspirant returns to an ecstatic state of being and knowing that their essence is the essence underpinning all that is, was and ever will be. The joy that one experiences with this reunion is indescribable and ever new, enthralling the individual who is losing all sense of individuality as they merge back into the collective ocean of life-death, ever present, ever knowing and the root of all manifestation in all realms.
Yoga takes on many forms and all (when followed successfully) lead us to that ultimate state of pure unalloyed consciousness or root of all non/beingness, forms and creativity.
In current times yoga has become widely known for the physical practices which it boasts, known as yogasana, which help both body and mind achieve a healthier and heightened state of awareness. In the mainstream there remains the great misnomer that yogasana is all there is to yoga practice and this is something that the expanding core of yoga practitioners hold as a duty to impart that asana is merely a limb of practice, a rung in a ladder which leads one from illusion to freedom beyond it.
Thus there are a few main streams of yoga, none any superior to any other and all appealing in different degrees to individuals according to their make-up/preferences/experiences in this and former incarnations.
Asato Ma Sadgamaya        – Lead me from untruth to truth
Tamasoma Jyotir Gamaya   – Lead me from darkness to light
Mrityormaamritam Gamaya  – Lead me from death to immortality
Thus yoga is the means to end delusion and step out of the darkness into illuminated infinite awareness.
Om  Shanti – peace to All 🙂
Sep 2014