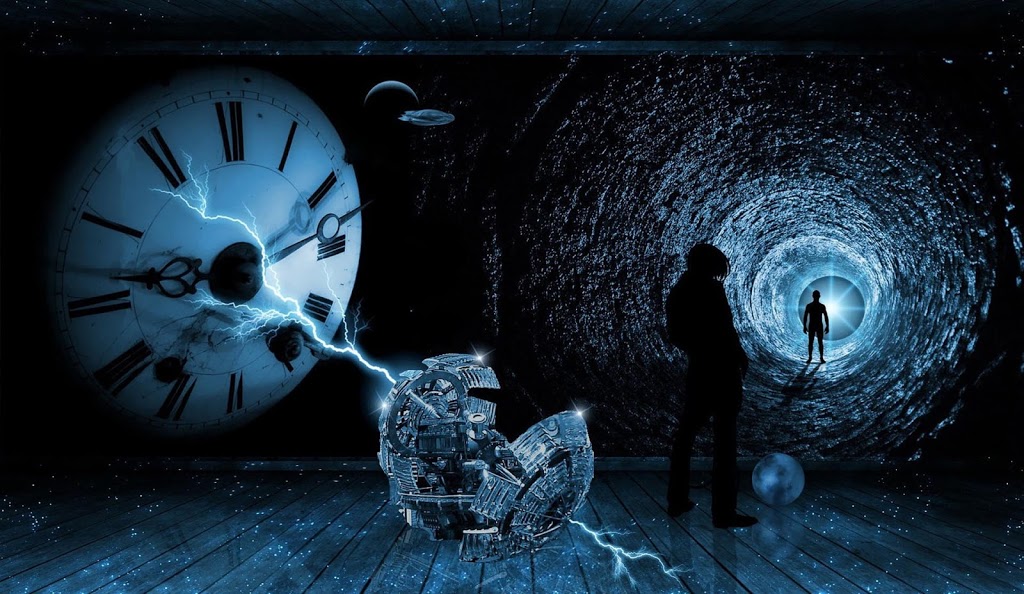 You are a Time Traveler. You use your time machine to write and rewrite your past and shape and reshape your future. You do this all the time and, may not even know it.

What is this Time Machine?

You can rewrite your past and reshape your future!

You see, it wasn’t until recently when in the midst of a stories I had told 100s of times, I had a realization. I had always opted to tell it one way but, it was always possible tell it differently. Even today, I have a choice to change how to tell it. Had I interpreted what happened to me differently, I would not be the person I am today. Should I change how I tell it from now on, I will not be the same person, I could have been tomorrow.

When I was 7, in France, I was nearly kidnapped

My friends and I used to play near where I lived, in a playground which, was surrounded by blocks of flats. Balconies were facing the playground. In one of them, on the first floor, lived an old lady. She used to sit in her rocking chair, in the balcony and watch us play. Always smiling, with her little dog sitting by her feet.
One day she said to me: Dorna, I’m usually on my own on Sundays, it would be nice to have your company. You are welcome to come and see me. I thought, being an only child at the time, ‘the more friends, the merrier’ and said ‘sure, I’ll come to visit’. Some time passed and one Sunday, I was bored. My parents were watching a movie, none of my friends were around, it was really quiet outside (no-one playing) and I thought: Great time to go and visit my new friend! I wrapped her a little present and off I went. When I got to our usual meeting spot (the balcony), there was no sign of her. The windows were shut, the shutters were closed and no one was around. I stood still while staring at the balcony, hoping she’ll appear. Then, I saw a man passing. I asked him, giving the description of the lady, if he knew where she lived. You see, I didn’t even know the entrance or flat number. He answered: No and carried on. I decided to go around the building to see if I could find the entrance. As I went around and found the entrance, I saw him again facing the road. He was pretending to be watching the road but at the same turning around to look at me. I did feel something was odd, but carried on with my plans. I was reading all the names by the buzzers to see if I could guess which was hers. Then he started walking towards me and said: Actually I do know where she lives, he pressed a buzzer, the door opened and we went in. We went up the first set of stairs, then a landing, the second set of stairs and he grabbed me. He put his hands on my mouth and started running downstairs. I started kicking, screaming and biting his hand real hard! Suddenly, he let me go. Trembling and traumatized, I started going up the stairs. Then, my rescuing angel arrived. The man whose flat the kidnapper had buzzed came down. I told him through my tears what had happened. He took me home. I was safe. The next day, everything went back to normal, as if nothing had happened. I went out and played with my friends in the playground.

Since that day, and every time I told the story, I interpreted this way:
– I can handle myself in the world
– People are kind and come to your rescue when you need them
– My parent were wise not to let me feel the fear of the world

When I was telling that story recently, I realized that the kidnapper could have also heard the man open his door to see who’d buzzed the door. He might have let me down, not because I bit him really hard but, because he knew someone was coming.

I could have and still can, interpret the same event this way:
– I am at the mercy of others and cannot survive without them
– People are dangerous and want to harm you
– My parents were wrong, the world is not a safe place

How we interpret events matters

Use your Time Machine wisely! Next time you travel to the past, make it so, that it will empower the stronger version of you, for a better today and a better tomorrow!