I am so delighted to be living in the times where the Taoist, Yogic principles are finding their way in “The Times”! If you’ve been to our classes, you know we’re professional shakers and chances are, you are too. 🙂

Thank you Fleur Britten for the beautiful article you wrote for The Times and thank you Sarah B for bringing it to my attention.

SHAKE IT OFF: HOW TO RELEASE STRESS AND RE-ENERGISE
The new wellbeing craze of shaking your body promises instant relief from tension and fatigue
by Fleur Britten 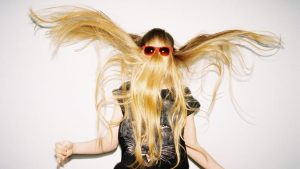 If, in the public loos, you hear a rhythmic banging accompanied by stifled tittering and heavy sighs, it most likely isn’t what you think. I should know, because I, too, have been at it. The ‘it’ in question is shaking, a growing wellness trend that entails vigorously flinging one’s body about for a five-minute quickie several times a day, or whenever the urge calls. Why in the loos? Well, you try doing it in front of your colleagues… they, as did mine, will laugh you into retreat.

SHAKING HELPS YOU
TO UNPACK THINGS QUICKLY AND EASILY;
IT HELPS YOU TO FEEL HAPPY

The premise of shaking is that it releases tension and energises the body – neither of which actually requires any faith in woo-woo wisdom (though there’s plenty, if you’re asking). It’s simple: if, like me, your body defaults to a tight clench, or if your days are spent mostly deskbound, it makes sense that waggling your limbs opposes both of those forces. In fact, it’s so eminently sensible – while also being utterly ludicrous – that it’s cropping up everywhere. Gabby Bernstein, the Oprah of the glamorous, modern new-age crowd, encourages acolytes to shake their bodies to Florence + the Machine’s Shake It Out to “enliven” themselves at her 1,000-strong events. The celebrity life coach Tony Robbins advises shaking it out whenever angry, frustrated or sad – it’s normal for his motivational seminars to resemble banging raves, while his devotees flail around exorcising their demons, or “interrupting old narratives that don’t serve you”.

Shaking’s grand guru is Kim Eng, the spiritual author Eckhart Tolle’s wife, who claims that “it facilitates the flow of qi ” or life force ” releasing excess energy and melting away blockages”. As she guides followers through her instructional YouTube video, she urges: “Surrender into shaking. Let out any sounds that want to come out.” You might want to ensure the loos are empty first.

“It’s a life hack,” says London’s go-to shaking teacher, Gail Love Schock (she recently added Love to her name “as a deeper commitment” to her work as a “mystic life coach and spiritual mentor”). Standing with my feet hip distance apart, Schock gets me to shake my hands and arms briskly, as if ridding myself of dust, while I keep my legs grounded and bounce the rest of my body. “Everybody should be shaking as often as possible,” she says, bobbing up and down with me. Comparing it to the soothing power of a mother’s baby-jiggling, Schock claims shaking helps mobility, circulation and depression, and reduces anxiety and stress: move it out and move on, goes the mantra. “There’s a lot to be said for diving deep,” she adds, “but this helps you to unpack things quickly and easily; it helps you feel happy.” And it’s hard to get it wrong.

Schock recommends shaking to music to make it really “fly”, except for the “wake and shake” session, which is best done in silence. French jazz and pop are good for “getting into the comedy of it” (aren’t they always?), and if you’re angry, “there’s nothing like hip-hop”. Or, of course, Florence. (Schock is certain that both Florence and Taylor Swift, who sang Shake It Off, “must have practised some form of shaking meditation”.)

Shaking crops up in numerous different disciplines: t’ai chi, kundalini yoga, qi gong, Osho dynamic meditation, TRE (tension and trauma release exercise), qoya (a dance-based “wild woman” practice) and Brazilian bioenergetics (a movement therapy) ” they can’t all be talking nonsense, surely. There are technical differences: for example, in t’ai chi your legs stay rooted, while TRE, kundalini and bioenergetics aim to induce an involuntary shaking. All are essentially a form of “movement meditation”, and it doesn’t seem to matter which you choose.

As the spiritualistas say, everyone’s “energy” moves in different ways, so whatever works for you. Schock combines kundalini, t’ai chi and qoya, and “humour, always – laughter is a good interrupter and releases compressed energy”. It’s only a good thing if you get the giggles.

Shaking practitioners point out that humans are the only species not to shake after stressful encounters. “Your pet cat or dog maintains easy relationships and good health because they shake off anything that irritates them,” says Schock. “It frees everything.”

There’s some physiological logic behind shaking. “A noisy neighbour or an argument with your husband takes you down the same fear pathway as fleeing a tiger,” says Steve Haines, who runs TRE workshops at Triyoga in London. It’s hard to think clearly when we’re tense. “We feel stuck, numb, absent and depressive.” Change the physiology, though, “so you feel released and connected”, and the effect is “a sense of joy, ease and comfort”. This, he says, leads to better sleep, more stability and confidence, and less pain. Diverting energy from stress, he claims, means resources can go into “the long, slow projects” such as libido, digestion, the immune system and skin. Let’s shake to that.

After dispatching me to shake three times a day for a week, Schock tells me I can expect clearer concentration, more energy and “the sense of space between you and the world”. If I’m really committed, I might develop a “fearless grace”. Eventually I might rid myself of heaviness, disease and deep-seated issues that wreak havoc on relationships. Well, obviously I’ve still got those. But each time I shook, I felt my armour temporarily evaporate – no hunched shoulder could defy a good shake, so it brought immediate relief from tension. It’s hard not to be in the moment; in fact, it’s impossible to think at all. And while I’m not one to talk of vibrations, this gets close, as my body tingled with activation.

Far from forcing myself to do it, I looked forward to it. I did it at work, I did it at home with my children (who also laughed at me), I did it on dancefloors (I think I got away with it). And I spoke to other shakers: it turns out my dazzling QC friend shakes daily before meditating to, she says, quieten her mind and drop into the body. One of Schock’s clients, Lucy, even uses it during “challenging phone conversations”, shaking her spare hand “to dissolve unhelpful emotions”. Basically, it’s about shaking out everything you don’t need. “Get it out!” Schock urges. “Life’s too short. We’re destined for greater things.”

Dry-brush your body
Forget banishing cellulite, brush off the day’s stresses instead. Follow with a shower to flush any remnants down the plughole.

Lie on the grass
“I haven’t passed out. I’m just recharging my bioelectrical self with the earth’s energy.”

Find a tree mentor
Tell your tree all your worries, while absorbing its strength and stability. Tree-hugging essential.
”
Hold a fire ceremony
Imagine throwing into the fire all you want to be rid of, and call from its flames all that you wish for. Even scented candles work!

Start a morning mantra
Be intentional about starting the day, repeating: “I’m ready for the day to rise up and meet me.” Just spare us on social media.