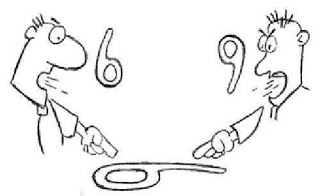 We were talking about whirling with friends a few weeks ago. I was explaining the energetic benefit of whirling is to harmonise one’s frequency with that of the earth, in a similar vein to choral members tuning in their voices before a performance. I said we must pick a direction that feels right and doesn’t cause nausea because, according to different traditions, the instructions seem to be different: some seem to instruct it should be done clockwise, while others mention anti-clockwise. Having done it myself, I felt anti-clockwise to be more natural and assumed it must just be down to an individual’s preference. However a thought was planted in my mind: If the whole point of whirling is to tune in to the earth’s axial rotation, then surely there must be only one way of doing it, as the earth spins in one direction.

Shortly after, I watched a program that showed the earth spinning, so I paid attention and noticed that it was clearly turning anti-clockwise. I concluded that whirling was to be done in the same way. I had proof after all as it felt much more natural for me to do it in that direction.

Only a few days later, through yet another fantastic program, we learned that for people living above the equator, the earth spins anti-clockwise but for people below it, it spins clockwise. The penny dropped! I realised that the only reason the instructions seemed contradictory was because they came from traditions originating from countries below or above the equator.

As a dear friend put it beautifully: The opposites are actually the same. Wow!!

In this case, I was lucky enough to see that. Through grace, the truth was known. Although the earth spins in a certain way, in order to describe it and put it in to words you will automatically contradict anyone looking at it from the other side of the equator.

The same truth can be described in two apparently opposing ways!

The simplest guideline for whirling will therefore be: do it the way that feels right and sits easy with your system.

Now, imagine if a disciple or an eager student were to follow every word of his master’s instructions, who lived on the other side of the equator. The journey would certainly not be smooth! Now, he might go to visit his master and find the whirling experience amazing! What would a disciple who trusts his outer guru more than himself conclude? S/he would project the success of the experience to the presence of his/her teacher. Going back home however, would take him to the same dilemma!

This is the destiny of many who choose not to doubt or challenge the ‘wise one’, whoever that might be. For those who don’t have a guru or spiritual teacher, it may be a parent, a wise friend or spouse. People like that would rather be in an uncomfortable place that would conform to what they believe to be ‘wise’ than facing the challenge of finding their inner wisdom.

There is a different destiny awaiting those who don’t challenge their own beliefs. Take another whirling scenario of someone who has for years followed their inner guide. Aware of both instructions, this person chose to whirl anti-clockwise as it allowed the most joy and bliss. All goes well until this person makes a truth or a belief out of the experience that says ‘It is only when I spin anti-clockwise that I get all the benefits – clockwise is certainly not for me’. What happens if this person moves to another country below the equator? What happens when this person gets stuck in their own belief? Unable to adjust to the new situation, unable to consider whirling clockwise because the veil of the belief has obstructed clarity, self doubt sets in: ‘I can no longer connect’, ‘I’ve lost it’, ‘I can’t do this anymore’. The belief is the only obstacle to adjusting to the present situation.

When changing a belief to its opposite is not an option, self doubt seems the only route.

Could it be that this simple example of whirling to the earth’s spin is pointer to a truth that encompasses our life? What if we are as innocent as those who take the direction of whirling to be one or the other ignorant of the fact that truth changes depending on where they are? What if the only way to find out how to handle any present situation is to follow the simple guideline of whirling? Which means: do what sits right and trust life from deep within, staying faithful and loyal to the guru that resides in the heart. What if we could let go of self doubt and consider the possibility that any situation requires a different way of handling it. What if we could let go of the belief that there is only one way of acting correctly and there was no need to deny its opposite , at all costs?

Letting go of having to believe one of either opposites allows us to flow on the waves of life with ease and inner strength.

Weakness is the direct result of feeling trapped on either side.

Instead of looking for ‘the way’, let’s choose to look for ‘a way’ that works for us. A way that promotes our well being, inspires us and allows us to enjoy being in our own skin.

I feel that this is why Lao Tzu begins the Tao Te Ching with: