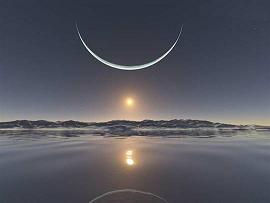 I posted this to Facebook this morning after receiving it from Dorna last month;

I was writing for our teacher training course about ‘how much to charge?’ for the various forms of tuition that a yoga teacher can provide and then this popped into my head;

‘To reiterate, in different terms; our culture currently works on the basis of ‘time is money’. This is to say that ‘time = energy’ as money is a form of energy. The thing is that as mentioned, the banks operate a system which creates money on tap and passes on the interest for this creation. This leaves those receiving this money, paying more for it than it is really worth – viz. the manufacturer has passed on their manufacturing costs to us, while making an exceedingly high profit, considering money has moved from commodities such as gold, to coin, to paper and now to Megabytes!

Our role as yogis, is to learn to see time as both real and illusive simultaneously (i.e develop a non-dual approach or ‘neti neti’ – not this, not this) and to value our time as equal with all other beings.

We learned through private work, that people don’t always value your time, as much as theirs and we see this as having derived from the ‘bank’s philosophy’ (charge a lot more than it’s really worth), as having filtered right the way through our system, affecting the wiring of us all.

A lawyer may bill their client £250 per hour, but not expect to pay you more than £50 (if you live in the centre of London you will be able to charge more and if not, then much less)! The lawyer’s argument (which we know will be a good one :), is that they have invested years of study to become a lawyer, years of sacrifice. Fair enough. They will also tell you that they are charging the ‘going market rate’ for their services. On the other hand, we once had a private client (multi-millionaire) who told us that what we had given him (sold him for £50 per hour over a year and a half) was ‘priceless’.

That’s not to say that he would have paid £250 an hour for it (although he may have, had we devised the cumulative-sales-pitch of the mass-yogic-consciousness, that yoga sessions cost £250/hr)!

In the words of a great many sages and Jem Bendell in the Vid up above, “We are the wealth”. It is not outside of us, being created by magicians.

So one possibilityis that when enough people become stressed to the nines and can’t find the peace that they are looking for in 7 star hotels and countless properties, they will turn to the yogi who will exchange for their time, that which they think the student needs to exchange in order to learn the lesson they need to learn about love and equality.

This is not a new concept and can be seen to have taken place in many cases, where powerful business moguls have ‘donated’ vast quantities of their empire to omnipotent gurus, in the hope that it will tick a few boxes on their ‘returns lists’ with both governing bodies and celestial ones 🙂 Some have done this of their own volition, while others at the suggestion of their (clever) guru.

We now look back over the years at the sacrifices we made to be where we are and have learned that our time is as valuable as anyone else’s. All of our life’s experiences have brought us to this point today and this is the same for the lawyer, banker, etc…

It is the same for one and all as we have all been learning the lessons we need to learn.

When one of our private clients demonstrated that they didn’t value our time as much as theirs and said that we were ‘ten a penny’, (the actual words being “I can afford 10 of you), we immediately removed ourselves from their home. This client had over a period of a few years, constantly kept us waiting before they were ready to begin class, as they were busy with their business affairs. Not wanting to be ‘un-yogic’, we gave generously, always providing the full hour and 15 agreed and often even more. This was the error.

Rather than re-communicate early on in the relationship that “these are our terms of instruction, are you still okay with that, because if not then we’ll call it a day here”, we allowed this to go on for far too long, until one day, we (I!) woke up and said ‘enough’.

It is demand and supply that turns the commercial wheels. That client no doubt found another teacher, but reminded us there is only ‘one of us’ and that the time we had given them, ‘our interest in them’ was excessive and unnecessary. We had allowed them to take our time over these years, as this is what we are all used to the banks and finance houses doing to us. We woke up one day, realised that we were beating ourselves up and decided to stop this self harming.

Then naturally, we also saw how we could convert this time in to something more valuable than working with this client – by formulating a commodity which helps people remember themselves and value this inner wealth.

This commodity is love,
which is both priceless
and free 🙂


We must also thank this client for pointing out to us, during those years, that our greatest asset was our dedication to yoga and so continue to love them as much as we did back then :)))

We have also learned that although the formula is ‘demand and supply’ – our role as promoters of yoga, is to create the demand for it’s need based upon our personal experiences of its great effects!